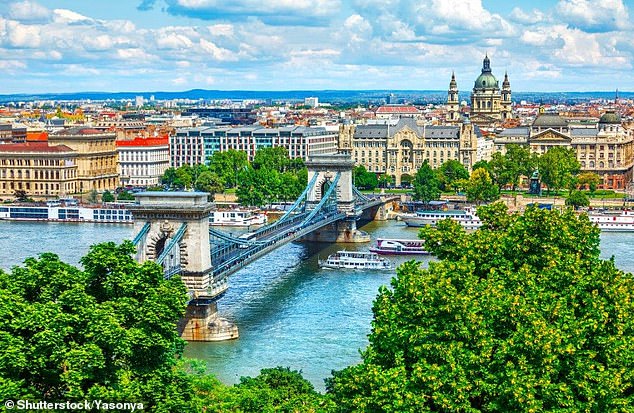 Fancy a cultured city break this Christmas? Eastern European capitals top the table of cheapest destinations for museums and theatre

By Grace Gausden For This Is Money

A trio of Eastern European cities have been named as the best value destinations for culture vultures – just in time for those planning to book a pre-Christmas break.

Budapest came out as the cheapest destination for a city break with an emphasis on museums and theatre, while Prague and Warsaw came second and third according to the Post Office report.

It compared prices for visits to a museum, gallery and heritage site plus a trip to see an opera, dance and classical music performance in 18 global cities. It found a typical visit to all of these attractions in Hungary’s capital will set visitors back around just £70.

Budapest has been named as the best value destination for culture fans, according to new data

The Post Office revealed that the cost of enjoying all six cultural attractions in Budapest is less than a fifth of the price in the most expensive European cities.

This was based on visits to the Hungarian National Museum, National Gallery and Matthias Church plus tickets for the opera, ballet and a classical concert.

Prague was found to be the second best place for value for money with a typical cost of £102 and Warsaw came third with an average cost of £105.

By comparison, the most expensive city in the report perhaps surprisingly was Madrid, costing travellers on average £430 whilst New York came in as the second most expensive with prices averaging £418.

Meanwhile, visitors could pay £377 for six attractions in Milan and £288 in London – around a third cheaper than New York.

This was based on free entry to London’s British Museum and National Gallery, as well as paying to visit the Tower of London and to see performances at the Royal Opera House, London Coliseum and Festival Hall. 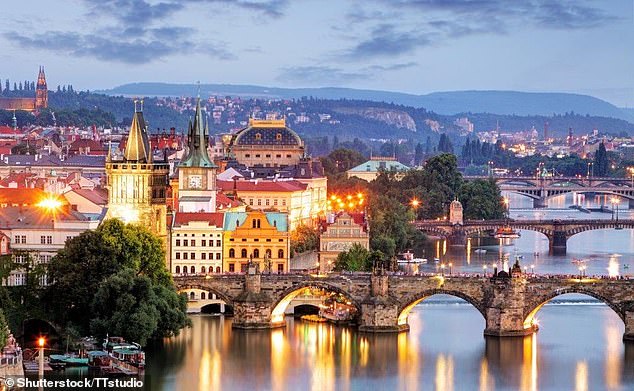 Prague was found to be the second cheapest destination for culture vultures, Post Office says

Dublin was found to be the cheapest eurozone city analysed with the typical total cost of the six cultural activities looked at in the study at £173.

Other cities where British visitors will pay less this autumn include Moscow, Berlin, Rome and Paris.

Berlin has risen to eighth in the table on the back of a 17 per cent fall in culture costs to £214. Prices have also fallen by 15.7 per cent in Rome since last year and by 15.2 per cent in Paris.

Although Stockholm’s fall of 1.1 per cent to £159 is more modest, this is the third consecutive year of lower prices in the Swedish capital. As a result, it has risen to fourth place in the Cost of Culture table, beaten only by Eastern European cities.

Nick Boden, Post Office Head of Travel Money said: ‘Two in five of holidaymakers planning city breaks told us that cultural attractions are a key consideration when choosing where to go but more than three quarters said they are concerned about the costs they will face there.

‘With the wide variation in prices we found this year, it will really pay to do some homework on the local costs before taking a decision.

‘Prices fluctuate from year to year, especially for opera, ballet and music concerts, where they can rise or fall dramatically depending on who is performing and the stature of the venue.

‘Top singers, dancers and conductors can command a big price premium as can the leading auditoriums. Whether it is worth paying for these really depends on individual tastes.’ 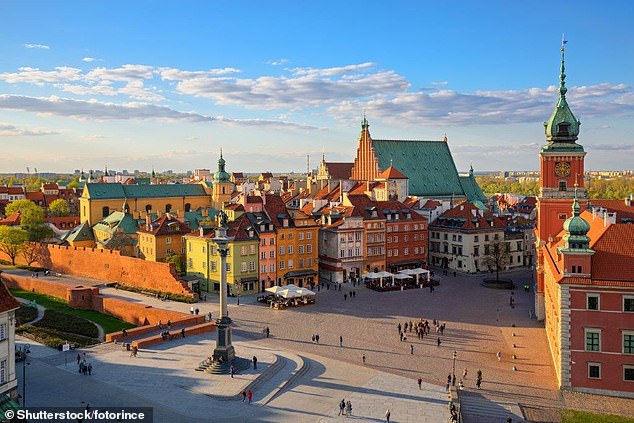 Warsaw came third as the cheapest value destination for culture, according to the Post Office

The report also found striking disparities in the cost of ballet, opera and music tickets.

For example, a ticket for the Czech National Ballet, costing £25.22, was just a seventh of the amount charged to see the English National Ballet dance Giselle which cost on average £173.82 for a ticket in Madrid.

It costs just £18.25 to see the Hungarian State Opera perform Carmina Burana but almost ten times as much for Madrid Opera’s Don Carlos at £173.82.

In Moscow a programme of Elgar, Britten and Stravinsky by the National Philharmonic Orchestra costs £16.15, but Stravinsky’s Rite of Spring performed by the Vienna Symphony Orchestra costs over four times as much at £65.41.

Boden added: ‘If you choose a pricier city over a cheaper one, there are still ways to keep the cost of culture down.

‘Buy tickets direct rather than via a ticket agency to avoid commission, seek advice on cheaper seats that still offer good views and check for free entry days to museums or gallery or times when prices are reduced.

‘Get the best rate for your holiday cash by ordering in advance rather than using an airport bureau or an ATM abroad and never agree to pay in sterling when paying on plastic as you will be charged extra.’

THIS IS MONEY’S FIVE OF THE BEST HOLIDAY MONEY DEALS

Some links in this article may be affiliate links. If you click on them we may earn a small commission. That helps us fund This Is Money, and keep it free to use. We do not write articles to promote products. We do not allow any commercial relationship to affect our editorial independence.