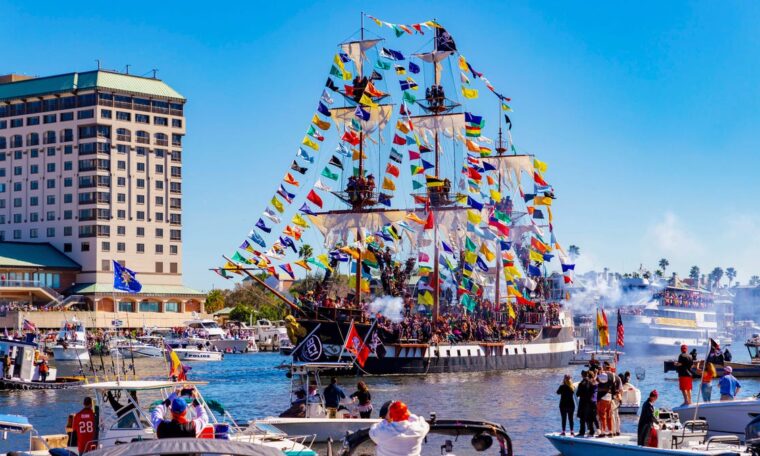 Shake off the winter blues with a visit to Tampa, Florida, for the annual Gasparilla Pirate Fest. Held in January, this annual celebration of all things pirate attracts hundreds of thousands of like-minded revelers to the city.

The legend and history of Gasparilla

The stuff of every child’s imagination, this annual event celebrates José “Gasparilla” Gaspar, a Spanish naval officer who turned to a life of piracy in the late 1700s. According to legend, Gaspar and his buccaneers robbed and pillaged for almost 40 years aboard his stolen flagship, the Floridablanca.

His exploits came to a tragic end when, to avoid being captured by the schooner USS Enterprise, Gaspar wrapped himself in the ship’s anchor chains before throwing himself overboard, shouting, “Gasparilla dies by his own hand, not the enemy’s!”

Since 1904, the residents of Tampa Bay have adopted the legend as their own and enthusiastically taken part in the Gasparilla Pirate Fest. Downtown hotels, restaurants and nightclubs, as well as those in the nearby Ybor City and SoHo neighborhoods, are packed with revelers dressed as pirates. All over the city, pre-parties and post-parties will last the entire weekend.