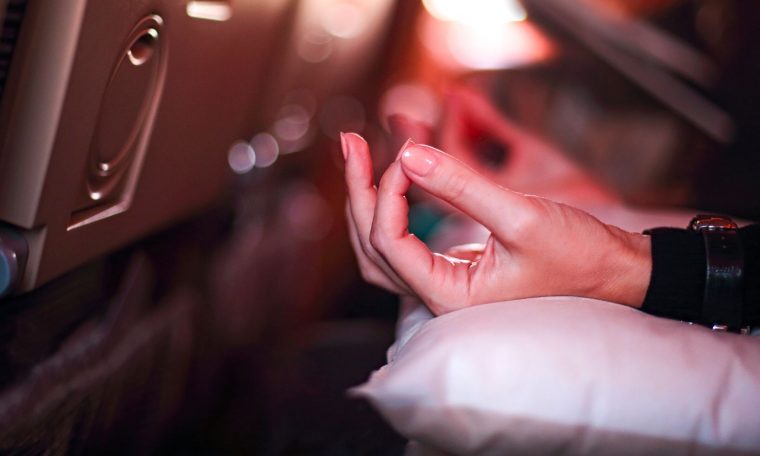 There are two types of people in the world: People who get bloated and constipated during and after a flight, and liars.

If you fall into the first camp, you’re well aware of the less luxurious, less Instagram-able aspects of travel. There can be discomfort, cramping and irregularity ― and we don’t just mean from cramming our bodies into comically small spaces with little to no leg room.

What brings on the bloat? And what can we do about it before, during and after landing? We spoke to experts to find out. Some things are obvious, others are surprising. But all can help make travel a more enjoyable ― and regular ― experience.

William Chey, professor of gastroenterology and nutrition sciences at Michigan Medicine, says that when it comes to constipation, a number of factors are at play.

“It’s a disruption of one’s normal schedule,” Chey told HuffPost. “People forget to take medicine on days of travel; their overall diet changes. On a day of travel you almost always eat fast food. You go from whatever your normal, healthy, habitual diet is to something that’s maybe not usual for you at all, and is certainly not the kind of diet you use to maintain a regular bowel pattern.”

Sleep, both the night before and the lack thereof on board, contributes to what goes on in our bodies, too. Not getting enough sleep the night before can throw off your body, while travel to, say, a different time zone can throw off a person’s normal bathroom routine. “If you take a flight to Asia and the time change is 10 hours, just going by math it doesn’t add up. You’re going to be completely screwed up,” Chey said.

Darrell Gray, gastroenterologist and associate professor at The Ohio State University Wexner Medical Center, echoed that sentiment. “Though sleep isn’t necessarily a dietary thing, it’s a change to the routine. The fact that some of us are used to getting up at a certain time in the morning and going to the bathroom ― that gets disturbed when you’re traveling,” he said.

Chey and Gray were also both quick to point out how dehydrating being at 30,000 feet is, and the disparity between how much water we need versus our actual water intake on a flight could be creating constipation and bloating. They both recommend increasing that consumption both in the airport and by bringing water (bring bottled!) on board.

But it’s not just physical factors. For many people, air travel is stressful and becomes a point of anxiety, even when the travel is for pleasure. “Nowadays you’d be hard-pressed to find anyone who actually enjoys it,” Chey said. “Stress aggravates GI symptoms, not the last of which is constipation.”

All these things ― getting enough sleep, upping your water intake, making healthier food choices ― they seem like common sense. But there are some methods of defense against constipation and bloating that might surprise you.

When asked about probiotics, which is often thought of as a way to stay regular, both doctors agreed that while popular, there simply isn’t enough evidence to show they are effective in preventing constipation. As an alternative, Chey often uses a natural laxative like magnesium or fruits to keep things moving. Of course, fruits that prevent constipation also can cause gas. Chey has a solution for that, too.

“Kiwi is an interesting alternative that most people don’t know about, which does not cause gas,” he said.

For Gray’s part, he recommends upping water and fiber intake throughout the day, whether through supplements, gummies or in bar form. “Sometimes people will try over-the-counter things like gas relief pills, but those also don’t have a ton of evidence for prevention, so they aren’t necessarily the best options,” he said. “Make sure you grab water before you check in, you’re getting up and moving around the plane even if you don’t have to go to the bathroom ― just moving around promotes gut motility.”

And what about booze? We have some good news for those who drink a glass of wine or two to take the edge off of before takeoff. “We don’t discourage alcohol in moderation,” Gray said. “When you fly, you’re more prone to dehydration, so certainly if you drink more alcohol than water, you might be prone to these symptoms. But if you’re staying hydrated with water, there shouldn’t be harm in moderation.”

You’re better off staying away from gas-producing foods like dairy, wheat, garlic and onions, which Chey calls “the most gas-producing carbohydrates,” at least 12 hours before a flight.

We’re sure your seatmates ― and your body ― will thank you.