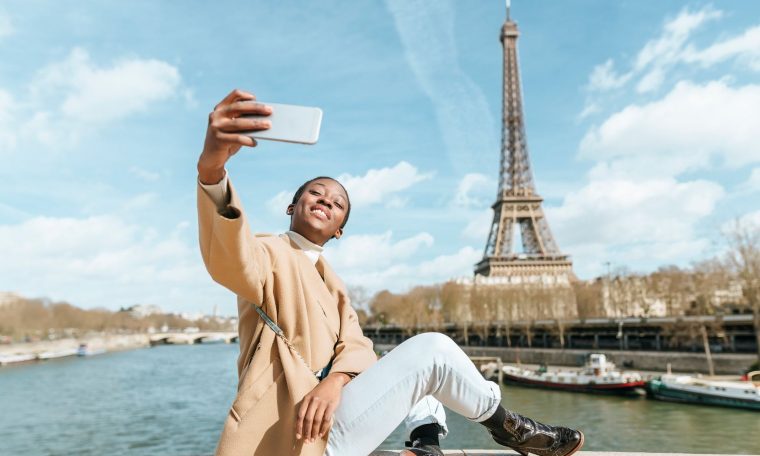 Amanda Black, a California native living in Melbourne, Australia, has always enjoyed traveling on her own. But in years past, she often wished she had more of a community to lean into while planning her trips.

“I love the solo road, but I still found myself wishing for a community who understood my passion, offered support and inspiration, and where sisterhood was a strong value,” Black told HuffPost.

Looking to fill that void, in May 2016 she created a small private Facebook group and invited women she had met in her travels, along with their friends and friends of friends. She wanted the group to be a place where the women could share their travel stories, give reliable hostel recommendations, and pass on cultural and safety advice for foreign countries.

Today, that group ― the Solo Female Traveler Network ― has over 300,000 followers and six sister groups that focus on some of the most popular conversation topics (LBTQ+ Travel, Over 40, Free Accommodation, among others.)

“It was obviously a community that many other women were craving because it blew up!” she said. “Our sense of community is so strong that some of our members have gotten our group logo tattooed!”

The Solo Female Traveler Network is one of many private Facebook groups that have cropped up in recent years for women who travel the world. Girls LOVE Travel may be the biggest (at current count, it has over 890,000 followers), but at this point, there’s a travel group for nearly every subset of women: Vegan Women Who Travel, Over 60 Women Travel Buddy Search Group, Wandering Moms, Women+ Of Color Who Travel Group.

The closed nature of the groups ― you have to request to join most of them and fill out a questionnaire to ensure you’ve read the rules and met the criteria to join ― gives women the freedom to share their experiences (the good, the bad, the sexist) with an audience that’s likely to understand and relate.

“It was important to be a closed-community from the start since it’s more like a sisterhood,” said Olga Maria, the founder of the Facebook group Latinas Who Travel and the travel blog Dreams in Heels.

“In our group, for instance, Latina travelers and honorary Latinas can share good and bad stories, the real struggles faced when traveling, in a safe and semi-private space and know that they’re not alone,” she said. “I think the groups also inspire people who may not travel often to get out of their comfort zone.”

The page Lesbian Travel Group is filled with advice on how LBTQ+ friendly a country might be: How likely are you to get weird stares if you’re holding hands with your partner or engage in PDA, for instance? The group was created for ― and only for ― a certain audience, because travel is, obviously, different for marginalized people. It’s a safe place and a closed group purposely, said Meg Cale, the founder of the group and the creator of the lesbian travel site Dopes on the Road.

“The group is free from the male gaze,” she said. “We decided to make it closed and by-request-only because we were receiving so many requests from straight men and straight couples looking to find a third. We wanted to keep the space as a queer space that was safe for conversations for and by us.”

Of course, there are groups for women and men who travel. Saurav Chakraborty runs one called Travel Buddies, which he created so people could get more pointed recs than they’d find in a travel guidebook or elsewhere on the web.

“It’s very tough to find the latest, local viewpoint via a web search,” he said. “The search algorithm ranks top publishers like Lonely Planet, Wiki and Nat Geo for a specific destination query, but that’s not always relevant to your needs. In travel groups, you can get tips from people who’ve actually been to the destinations and locals who love talking about their own city.”

Sometimes, you even find a likeminded travel buddy who’ll be in the same city at the same time, Chakraborty said.

Why Facebook travel groups for women are so helpful

It’s the groups for women of all kinds that tend to thrive and hit 100,000 or more followers. That’s no surprise, given recent travel trends for women. It seems that millennial women, who generally have fewer obligations than women of past generations, have a serious case of wanderlust. (Look no further than your vacation-filled Instagram feed for proof.)

Often, they’re globetrotting alone. According to a 2014 Booking.com survey, 72% of American women like to travel solo. And research company Hitwise found that the 55% of solo travel searches in the U.K. are searched by women, driven in particular by women ages 25-34 living in London.

They still want to be part of a community, though. The Facebook groups serve two purposes for women travelers: There’s the crowdsourced rec aspect, sure ― how else are you going to know that Les Ombres has one of Paris’ best, most Instagram-worthy views of the Eiffel Tower but that the food is only so-so?― but there’s more to it than that. The advice passed on about countries that may be perceived as less safe for women (or ones that have very different customs and expectations for women) is just as valuable.

It doesn’t happen often, but Black said that in her solo group, sometimes a woman who’s concerned about her safety during a trip will ask for real-time advice from others in the group.

“It might be a member who’s dealing with an unsafe host in her accommodation. When these kinds of things happen, if you post about it, you’re flooded with excellent advice from experienced travelers, supportive comments and even offers for help from people who live in that city,” she said.

Watching the community rally and pull a member out of a dangerous or sketchy situation is “truly what the group is all about,” Black said.

For the most part, though, conversations in the groups stay lighthearted. Members ask if certain airlines are crummy, share travel deals they just nabbed, and post gorgeous photos of far-off, underrated places that aren’t being written about in travel magazines. The founders we interviewed all said they’d become much savvier travelers since forming their groups. They’re definitely smarter packers and planegoers.

“I would say that from the group I have learned a ton about how to travel as light as humanly possible!” Black said. “And always, always use packing cubes.”

“I learned to pack an extension cord and one adapter rather than buying a ton of travel adapters,” Cale said. “I use this tip religiously now!”

For Maria, one member’s airport woes taught her and everyone else in Latinas Who Travel an invaluable luggage lesson: Always take a photo of your suitcase prior to your trip.

“One day a member shared how she was lucky that she happened to have a picture of her luggage on her phone when she couldn’t find her bag on the luggage carousel,” Maria said. “The airline asked for a description and she realized she had a picture. The photo was quickly shared and they found the bag!”

“I thought to myself, ‘You take pictures of everything else but none of your luggage,’” she said. “That tip will always stay with me, all thanks to the Facebook group.”